A little while ago, I noticed that my Goodreads account had a “Most Read Authors” title under their tools. I clicked on it, and smiled. I bet anyone who does this smiles because all your old favourites will be there, muddled together like chips and chocolate. Here are mine. 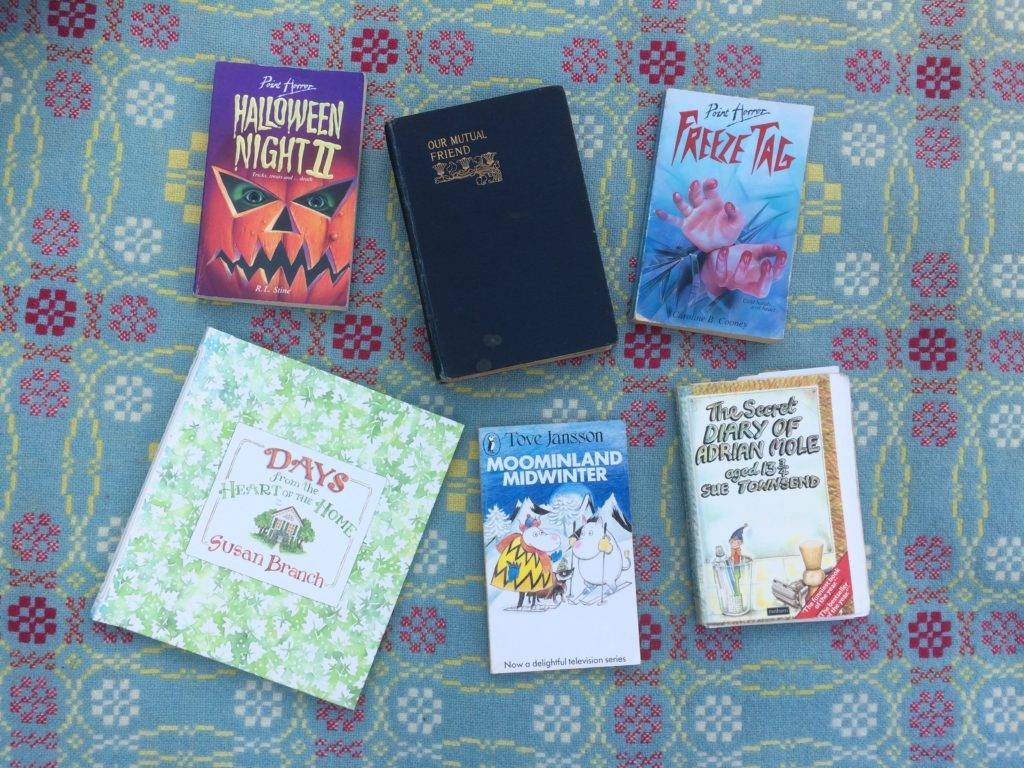 Six authors share tenth spot. Now this is cringeworthy. I have read as many R.L. Stine books as Dickens novels. My obsession with Point Horror has also graced Caroline B. Cooney with this prestigious company too, and I don’t mind that as much because she’s my favourite Point Horror writer. Tove Jansson’s Moomin books have been a lifelong love (my all-time favourite is Moominvalley Midwinter) so I’m only surprised I haven’t read more. Sue Townsend’s contribution to my life was the fabulous Adrian Mole series (my copy of the first book is falling apart I’ve read it so much) and The Queen and I. Susan Branch writes and draws incredibly charming books. In my mind she’s the modern day Edith Holden. I discovered her during a holiday in New York and I’ve been importing her books ever since. 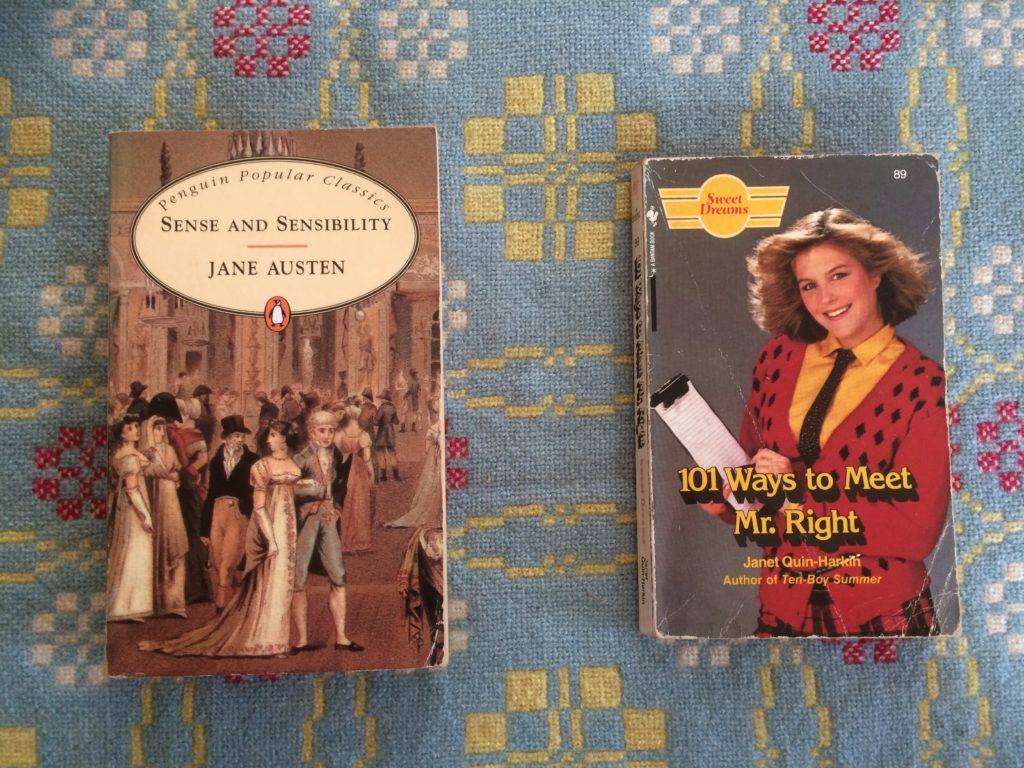 In ninth place are two J’s. Jane Austen and Janet Quin-Harkin. Again, the juxtaposition is amusing. Jane Austen needs no introduction. I read Pride and Prejudice as a teenager, and just after I’d read it, the Colin Firth version was filmed by the BBC. It didn’t take me long to read all of them after that. I think the first book I read of Janet Quin-Harkin’s was 101 Ways to Meet Mr. Right. From then on I always looked for her name while flipping through the library cards. 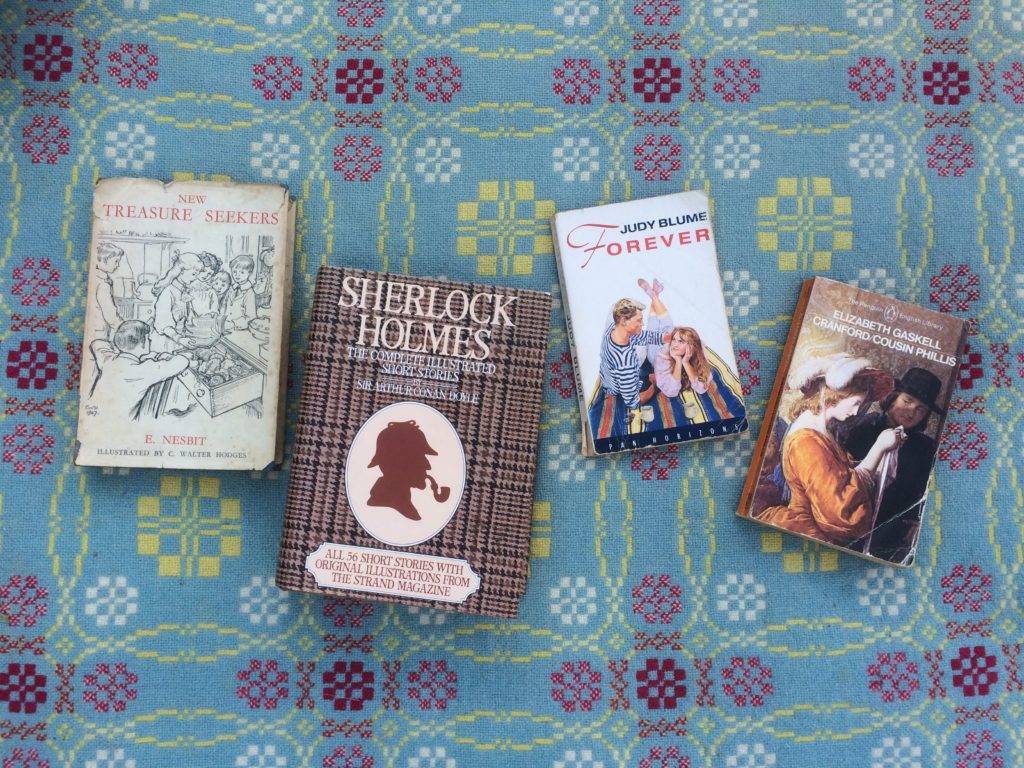 Four authors share eighth place. Elizabeth Gaskell, Judy Blume, E. Nesbit, and Arthur Conan Doyle. I can’t remember which was my first E.Nesbit, or whether I saw Five Children and It or The Railway Children first on TV. I know my favourite was The Story of the Treasure Seekers. Judy Blume’s Forever (about teens having sex for the first time) was passed around at school around the same time a VHS of Dirty Dancing was. I’ve reread it as an adult and I think it’s an excellent book for teenagers to read. I read lots of hers around the same time I got into Paula Danziger (who I’m sad didn’t make this list). I am so grateful that Arthur Conan Doyle wrote books. The Sherlock Holmes stories and novels were gobbled up by me as a teenager. I own two copies of the short stories. I can’t choose between them so I’m keeping them both. Elizabeth Gaskell was another mini obsession, this time in my late teens. I was greatly motivated by Mr Holman’s reading style in Cousin Phillis, who finds every opportunity to cram reading into his day. 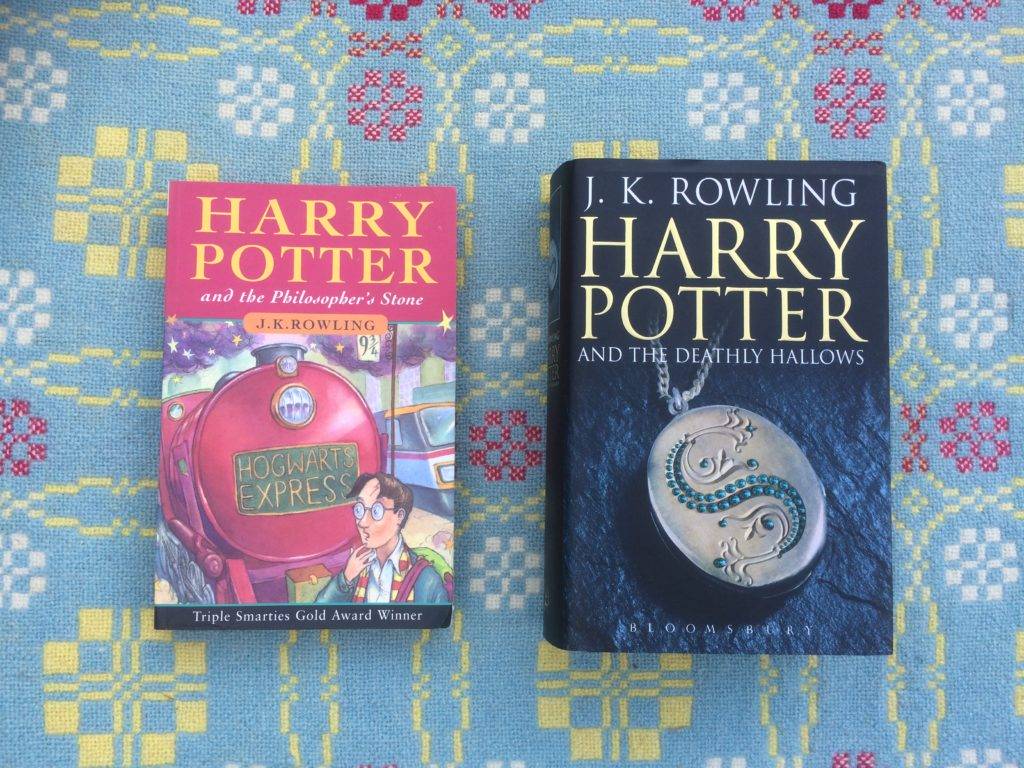 In seventh place is J.K. Rowling. She’s the only one on the list who doesn’t have any books that can be classed as vintage. Yet. Next year, in 2018, the first Harry Potter will be 20 years old. Which is old enough by Etsy’s standards to be a vintage book. I’d never even heard of Harry Potter until a friend at university dragged me along to see the first film. She said she’d read the books and they were good. I was suspicious, because it was a “kid’s film”. When we got out of the cinema my immediate reaction was, “You said there were books? Lend me the books?” The rest I bought as they came out and studiously avoided people who were reading them too in case they gave me spoilers. All the Potterheads of our generation have a collection that starts out paperback and ends hardback. 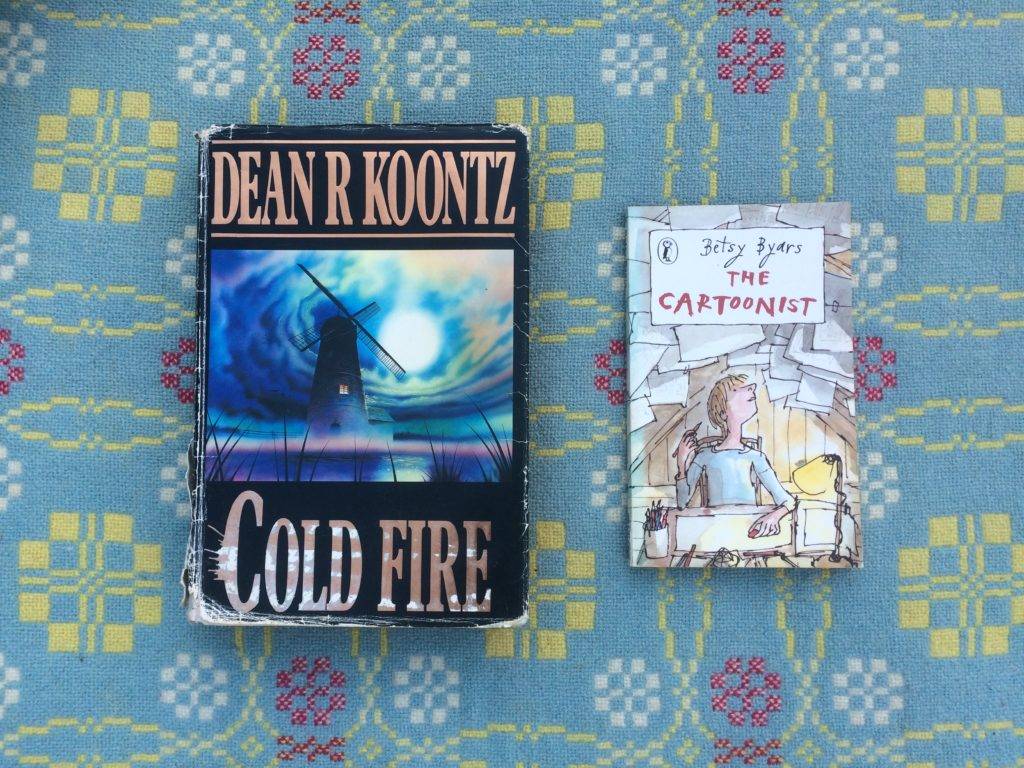 Dean Koontz and Betsy Byars. I was always a big library fan, even though our house was full of books. Dean Koontz was almost certainly discovered at the library. I’d got a taste for horror and suspense reading my Dad’s James Herbert. I’d found that Stephen King books were too scary for me to take out of the library (I read IT leaving it there and running home every night). Then I stumbled on Dean Koontz. His stories were safer somehow, and the first one I ever read, Cold Fire, is still my favourite. Eventually the library sold off that precious copy and I was delighted to be allowed to buy it and keep it forever.

Betsy Byars’ books made me feel that my weird life might be a normal human experience after all. I particularly love The Cartoonist, it sums up exactly that young anxiety I thought no one else felt. 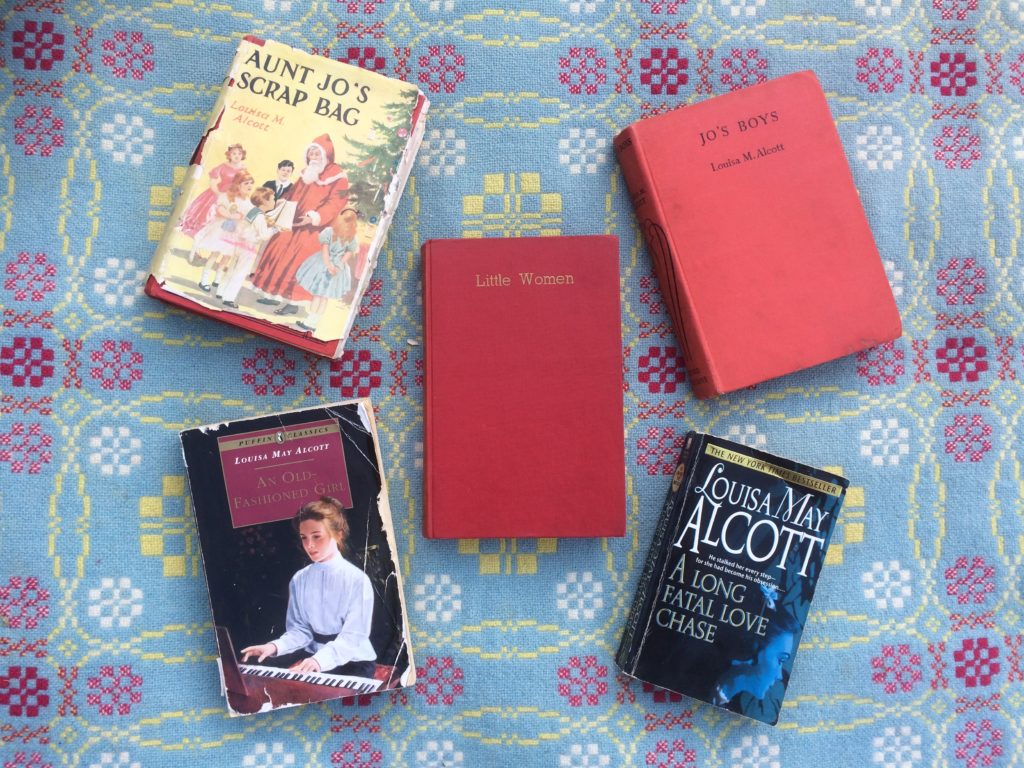 In Fifth place is Louisa May Alcott. The first LMA I read was Little Women, then I romped through the rest of the series. As an adult, I found Librivox (fabulous free site with downloadable audio books read by volunteers) and listened to lots more. I am always on the lookout for paper versions to complete my set. I’d like to read everything she’s ever written. My favourite is An Old Fashioned Girl. 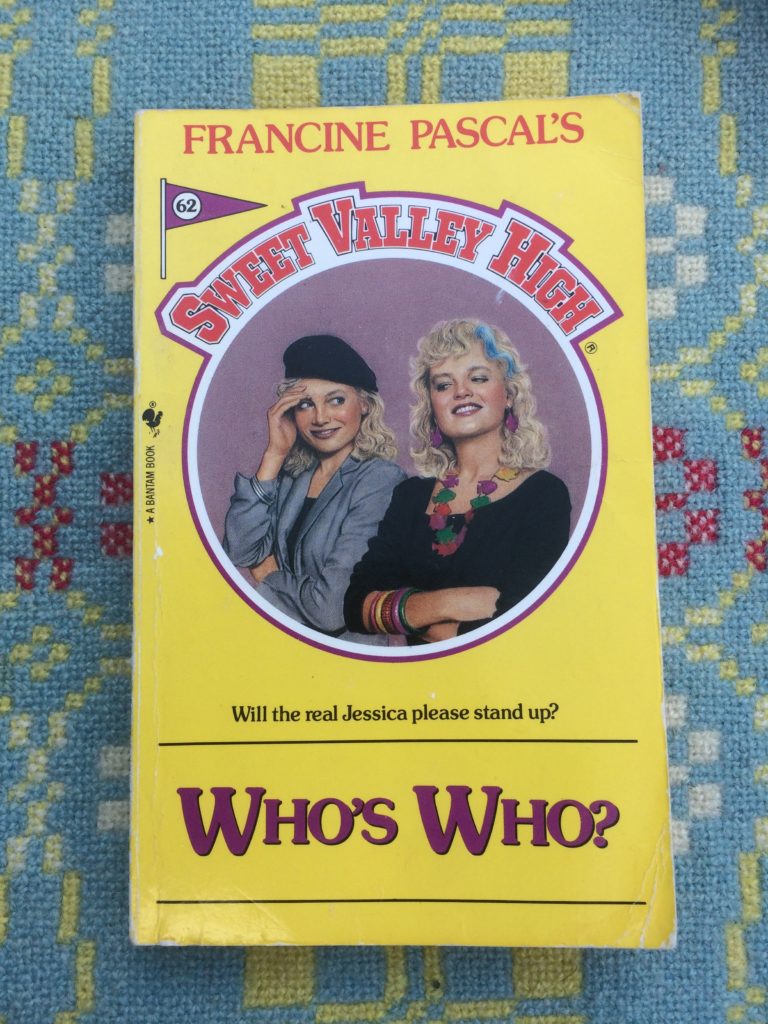 In fourth place is apparently Francine Pascal. But I’m not sure how many books she actually wrote. Sweet Valley High was created by her but I thought most were written by Kate William (who is this lady? – has she ever been interviewed?) 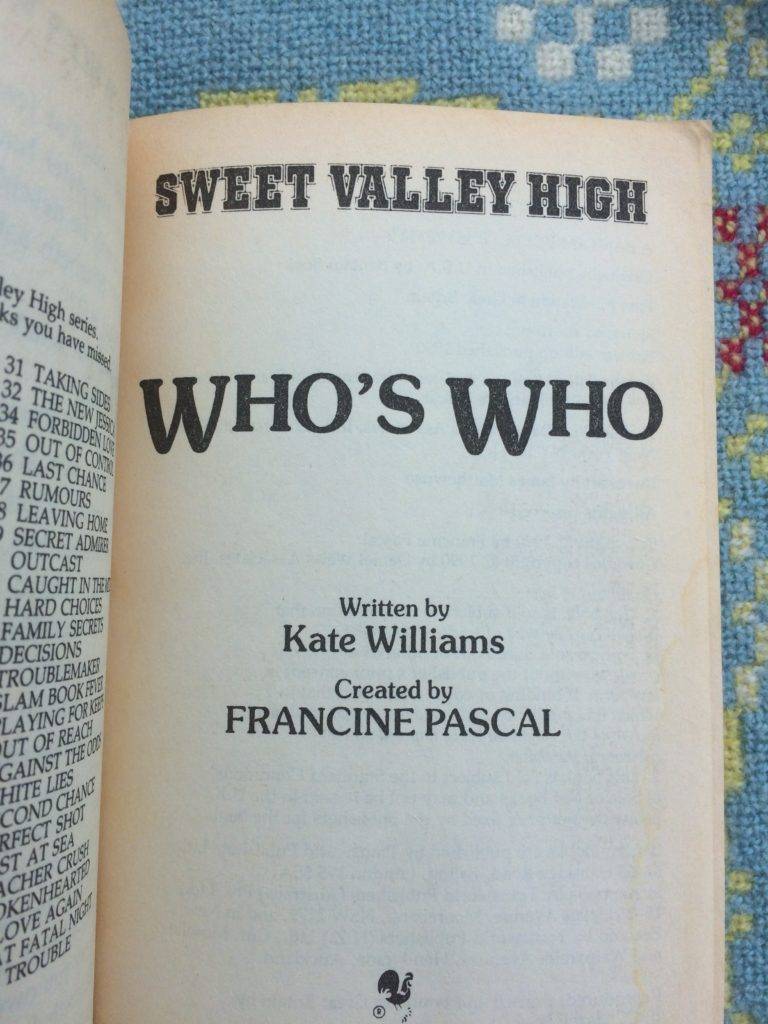 Why do I read this stuff? I think I explained it best here. 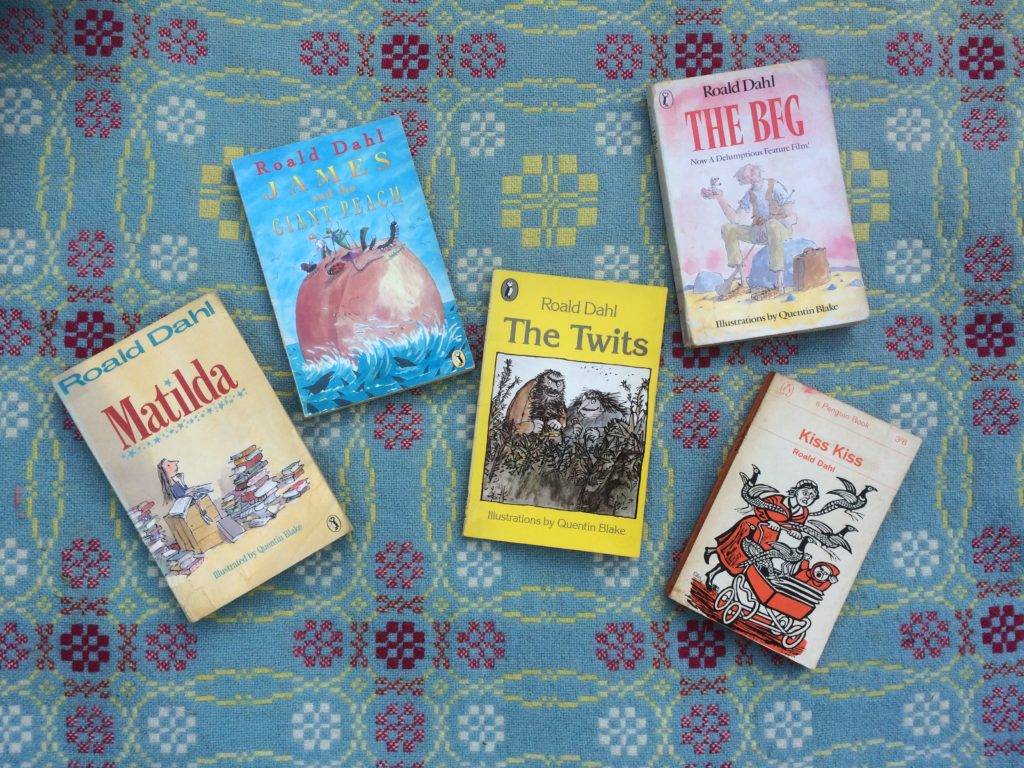 Roald Dahl has third place. I was a heartbroken child when Roald Dahl died. Mainly because there would be no new books. Yes, that’s selfish. I adored his books so much and I loved to think of him sitting in his shed writing me another one. I can’t even pick a favourite. He was a genius. I read some of his adult books as a teenager. They are spectacularly eyebrow-raising. 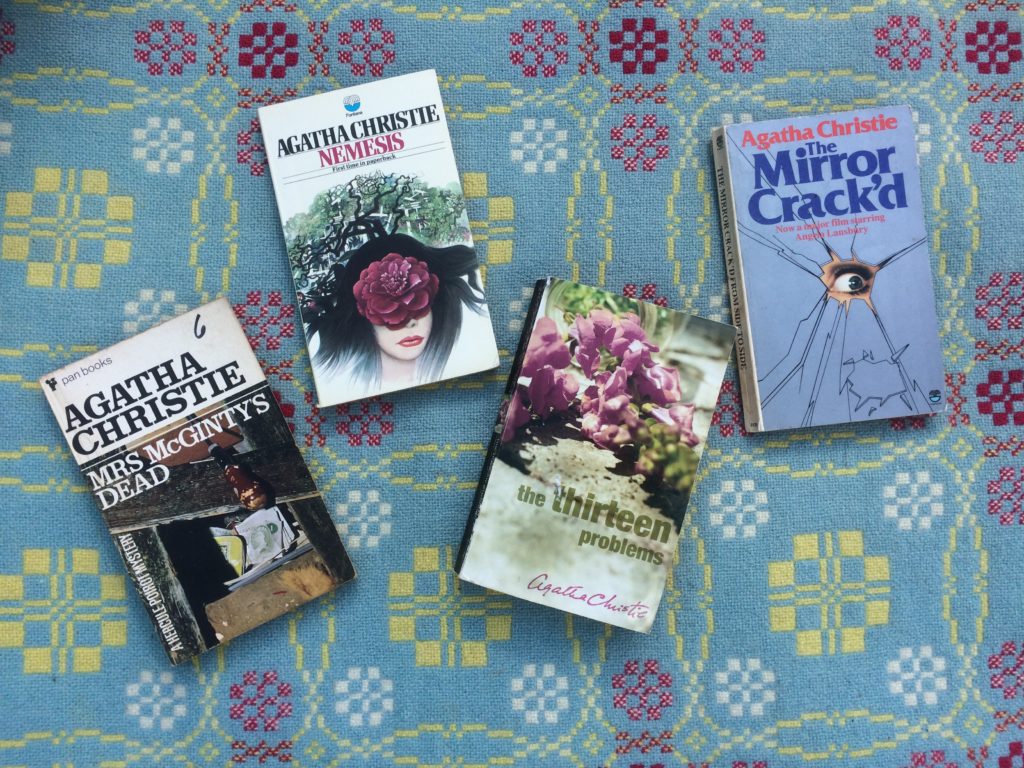 Agatha Christie wins the silver medal. I was late coming to the Agatha Christie party. When I was a teenager a friend of mine loved them and I read Sparkling Cyanide at her request. My only reaction was how ridiculous it was for one woman to have a birthday party with six people who all had motives to kill her. Years later, I discovered Miss Marple. Probably with the help of a TV series. I was converted. I now like to read Agatha Christie books twice. Once for the ride, and a second time to spot where she tricked me. As a teenager, I’d missed the point. I should have been watching the magician pulling rabbits out of the hat, not complaining that rabbits don’t live in hats. 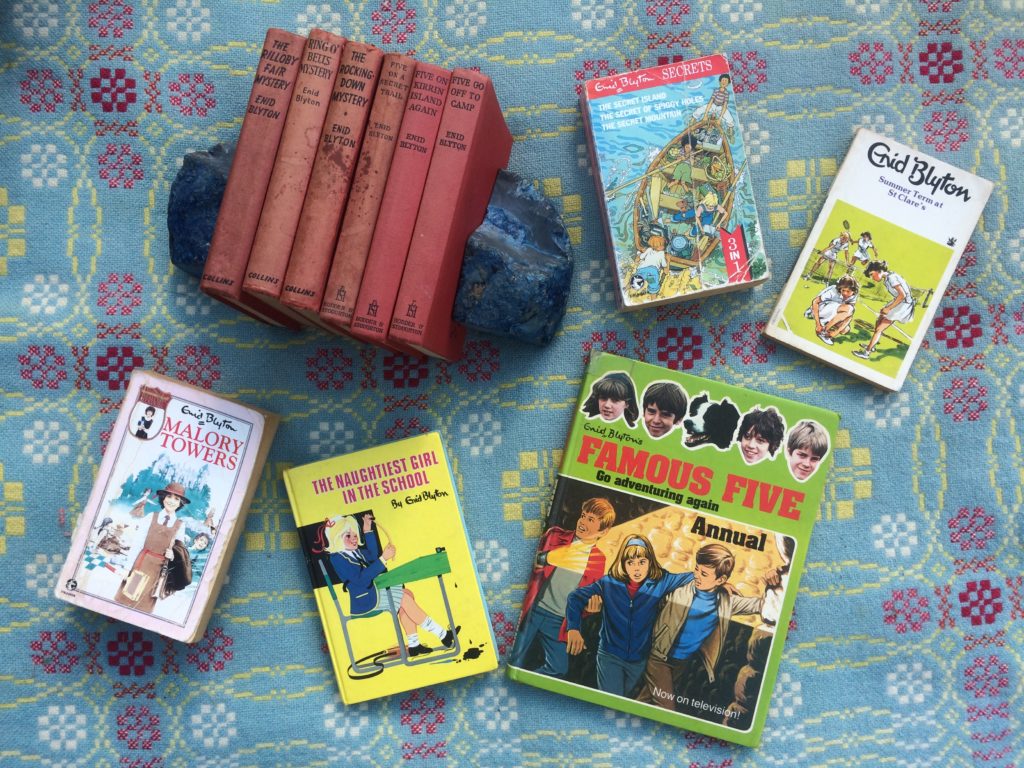 In first place, by an embarrassingly long way, is Enid Blyton. It feels like I’ve read all of them. I haven’t, but I have read at least sixty-five apparently.  When I was in J4 (year six) my teacher gently suggested that I consider reading one other author for every four Blytons perhaps. It was a full-on obsession. The first I read were my Dad’s old copies of the mystery series featuring Diana, Roger, Barney and Snubby (plus Miranda the monkey and Loony the spaniel). I soon graduated to Famous Five, Malory Towers, St Clare’s. I wasn’t a big fan of The Secret Seven, I could never remember all their names. But my favourite was The Secret Island, about three children who run away and are self-sufficient on an island. I wrote a book review of it and entered a Smartie competition. I was runner up. I still have the t-shirt. 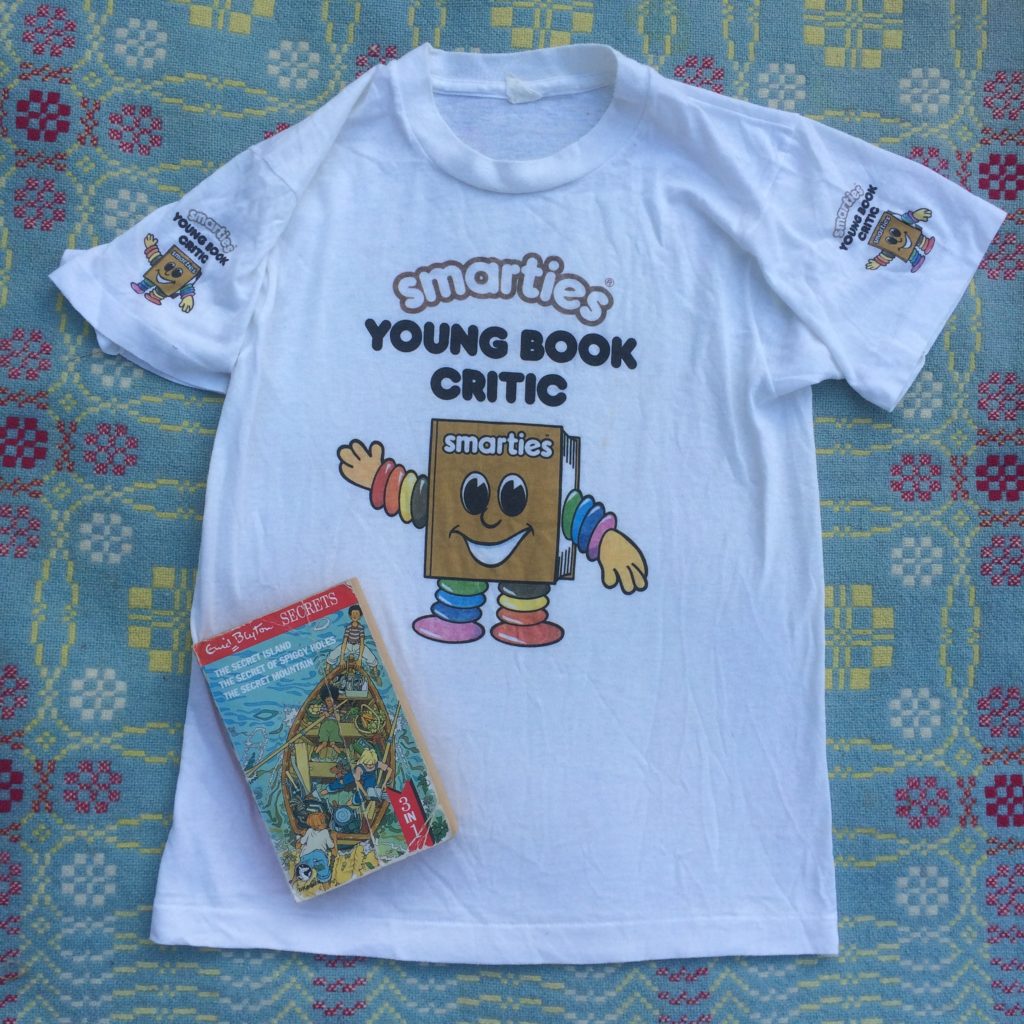 Progressing through the list it strikes me how many are books I read as a child or teenager. Maybe I’m braver now and read more variety. As an adult I say, “I’ve never read a Nancy Mitford, I’ll look out for one.” As a child I said, “That was awesome, must find more by her!” But reading this list brings back a lot of love. I love these books. They were reading time well-spent.

Who are your most read authors? Are you proud or embarrassed of your reading history?