I have a real soft spot for Marguerite Pattern. My first vintage cookbook was one of hers. Here’s a recipe I made from her “Everyday Cook Book” first published in 1968 (but this copy is an impression from 1980). 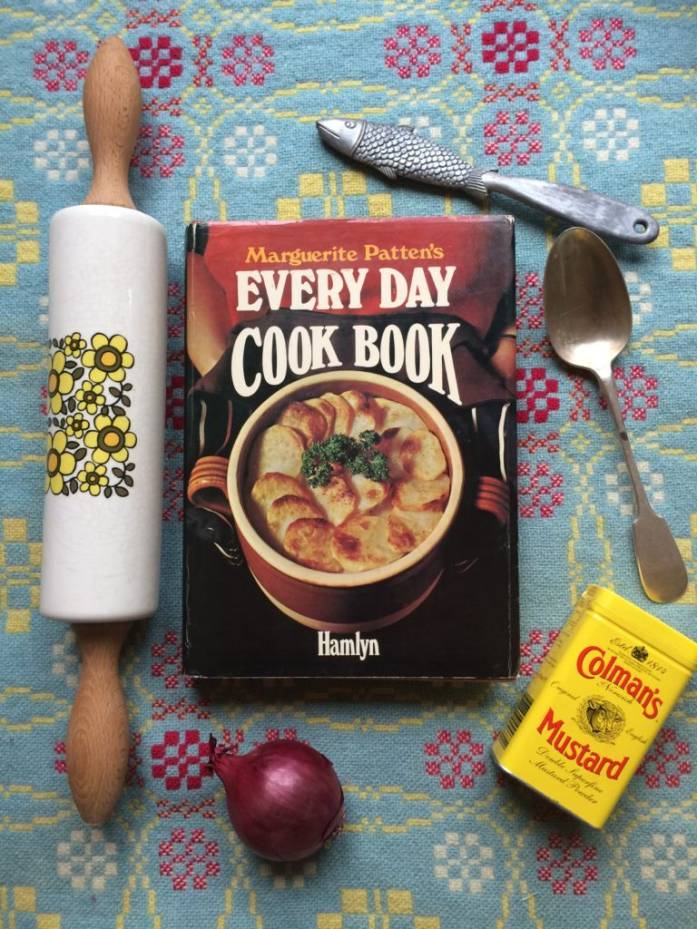 As soon as I saw the photo I knew I wanted to make it. 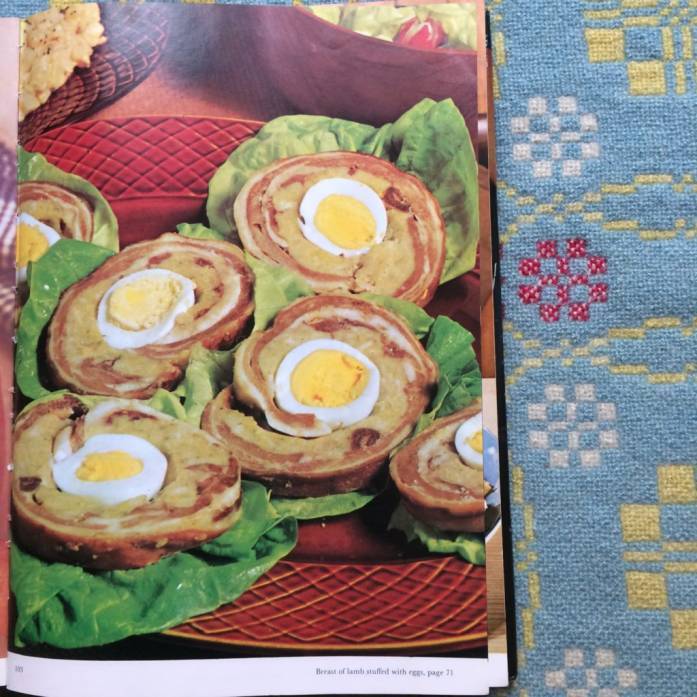 It’s like a cross between a Scotch egg and a lamb roast dinner. When I saw “veal stuffing” I was a bit turned off but it turns out veal stuffing doesn’t contain any veal. 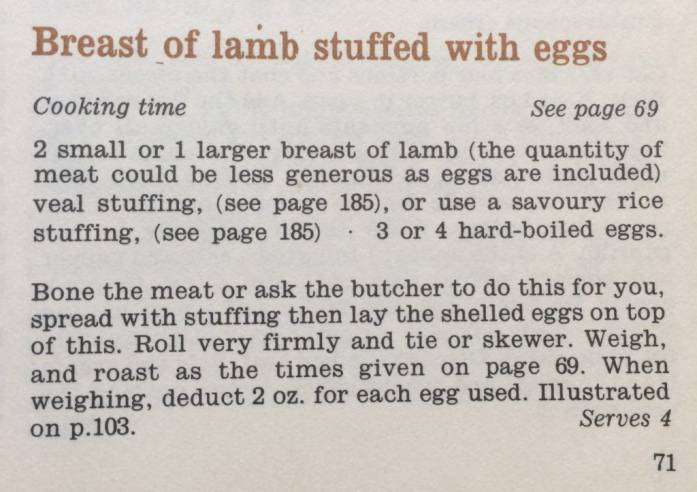 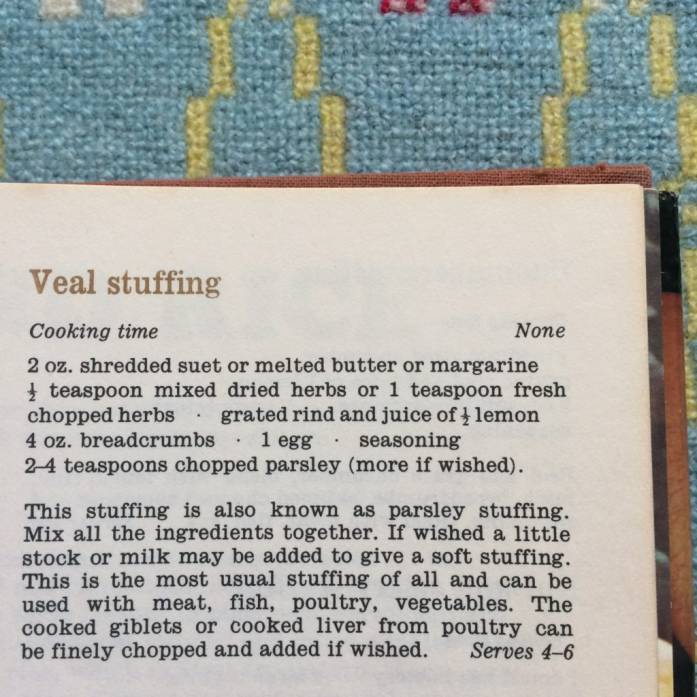 The ingredients I used: 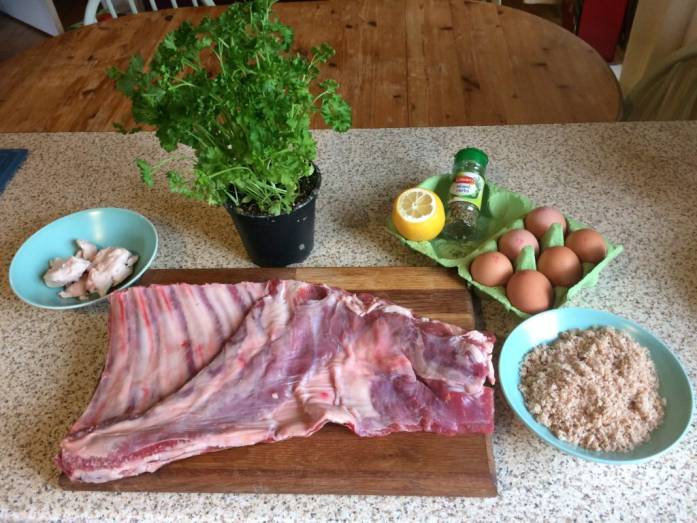 I put the eggs on to boil. Once the water got to boiling I set a timer for 12 minutes. 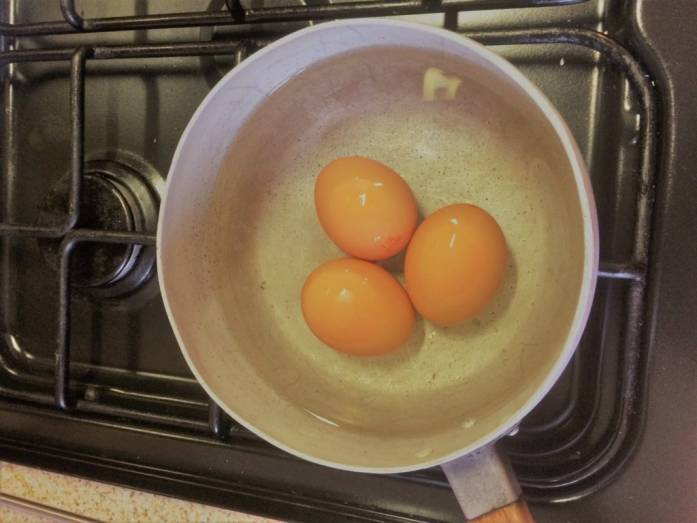 Then I chopped up my suet. If yours is in a packet, you’re good to go already. 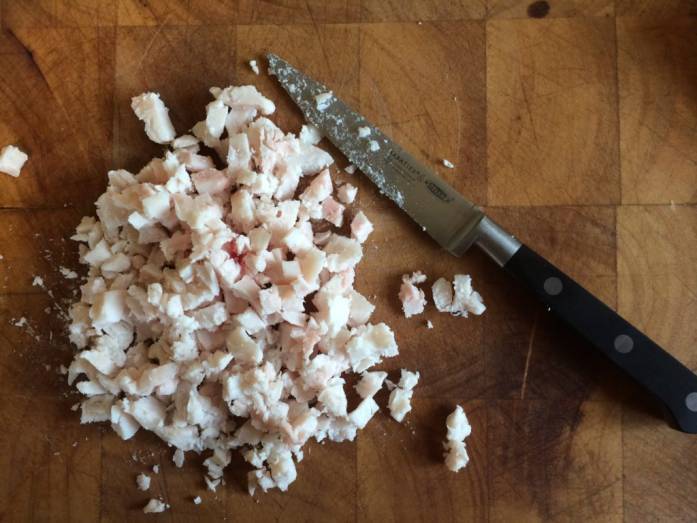 I put the suet, breadcrumbs, lemon zest, salt and pepper, mixed herbs and parsley in a mixing bowl. 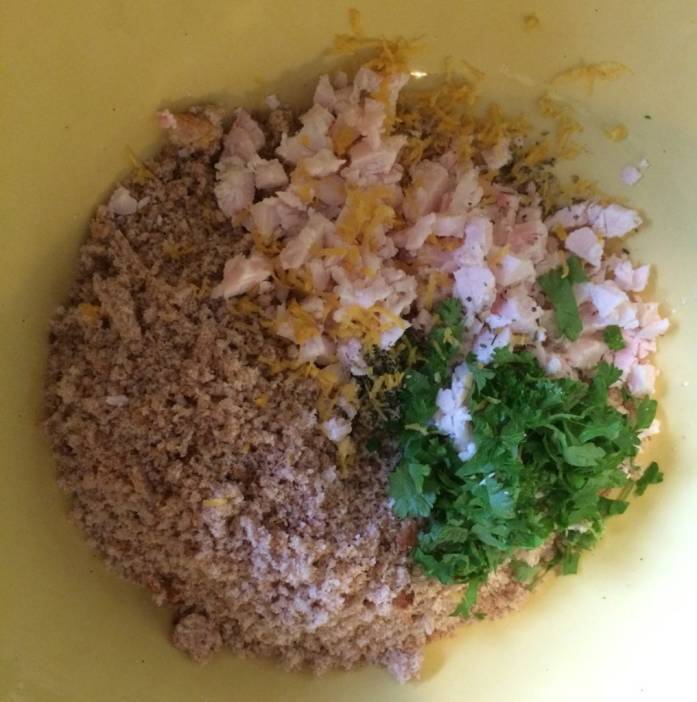 I mixed these and then I added the egg and lemon juice. 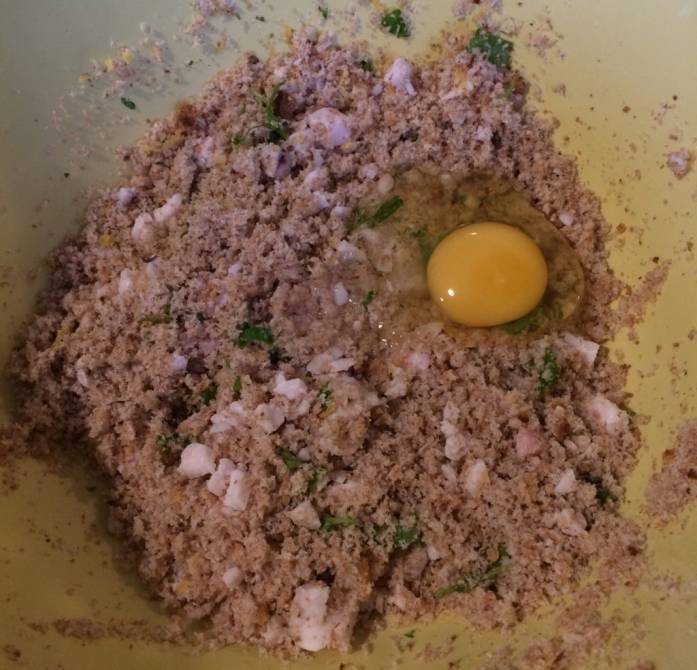 I used the back of a metal spoon to make it into a crumbly paste. 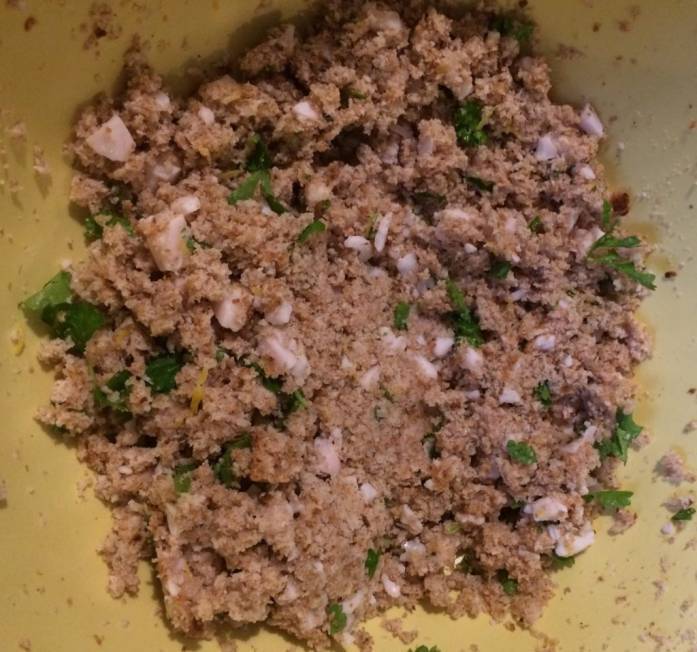 The egg timer went off and I used a tea strainer to transfer my eggs to some very cold water. This apparently stops them going grey. 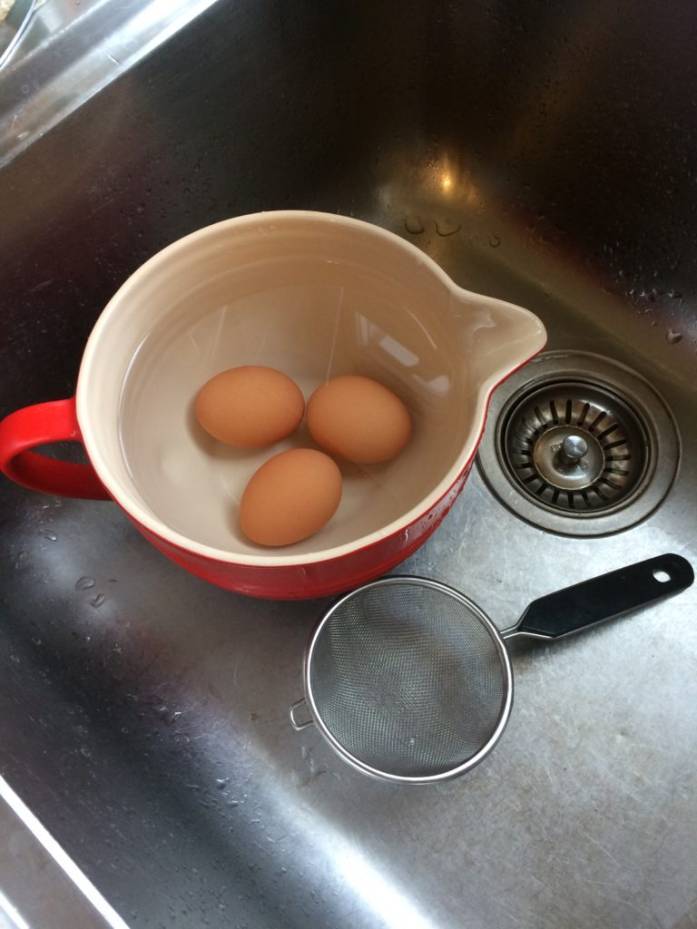 I deboned the meat. Marguerite suggests you ask your butcher to do this but I am the butcher in our house. 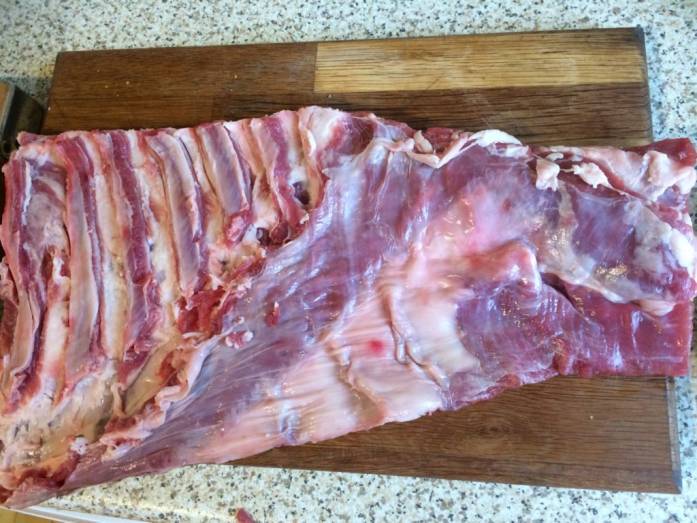 I smeared the stuffing on with a metal spoon. 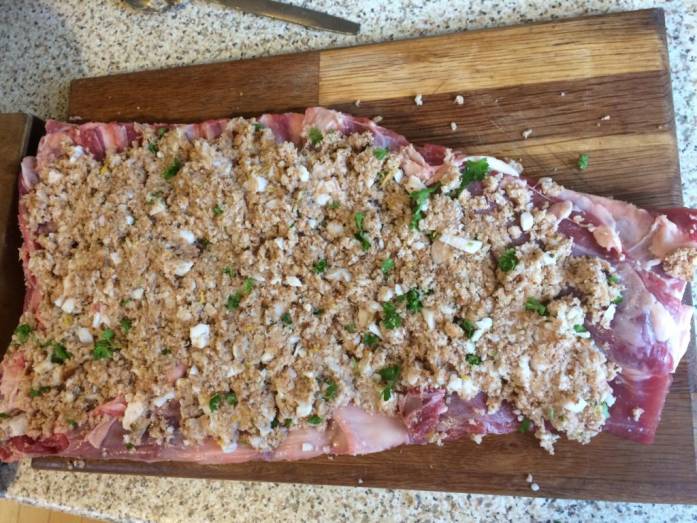 I shelled the eggs. 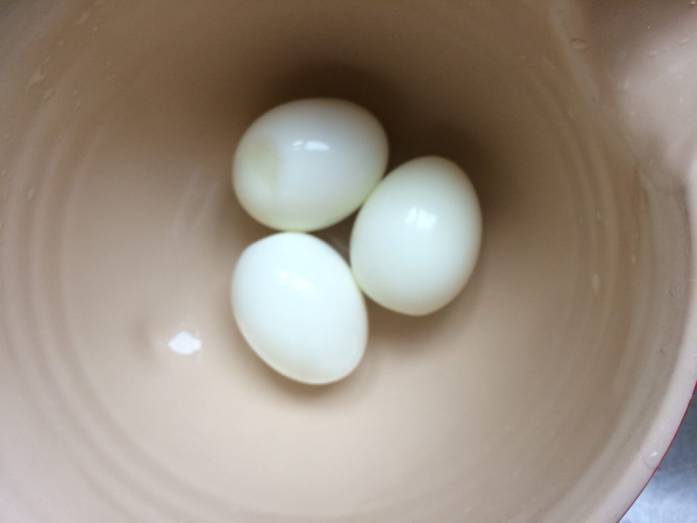 It didn’t say where to place the eggs, this was my guess. 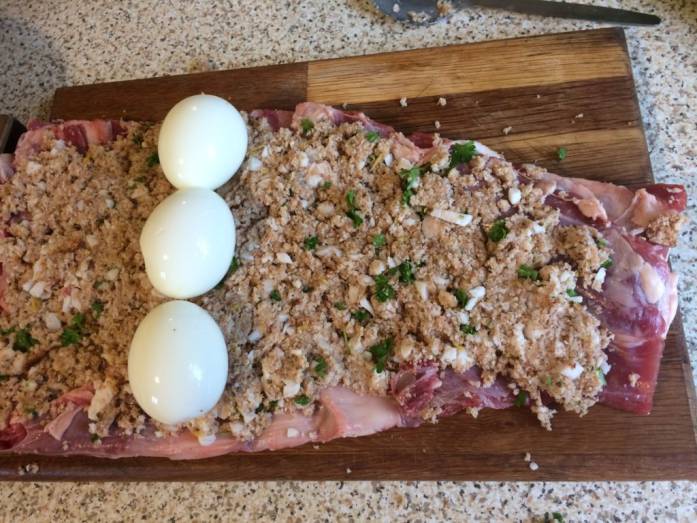 Marguerite says “Roll very firmly”. I did this and an egg popped out. I started again. On the third attempt they stayed in and I tied it together with string. I weighed it (and then disinfected the scales). 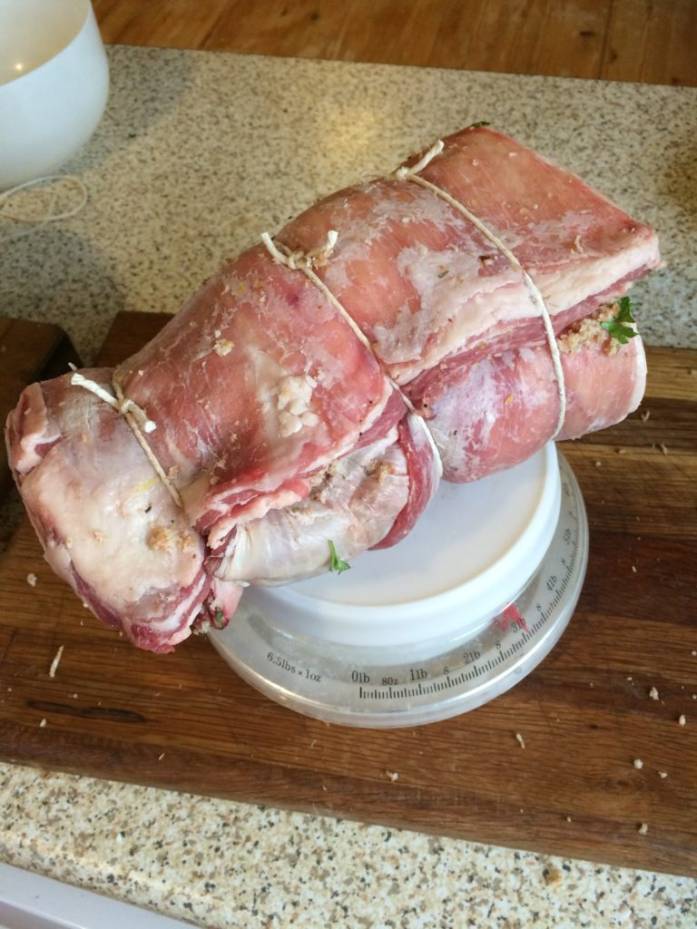 Into the baking tray. 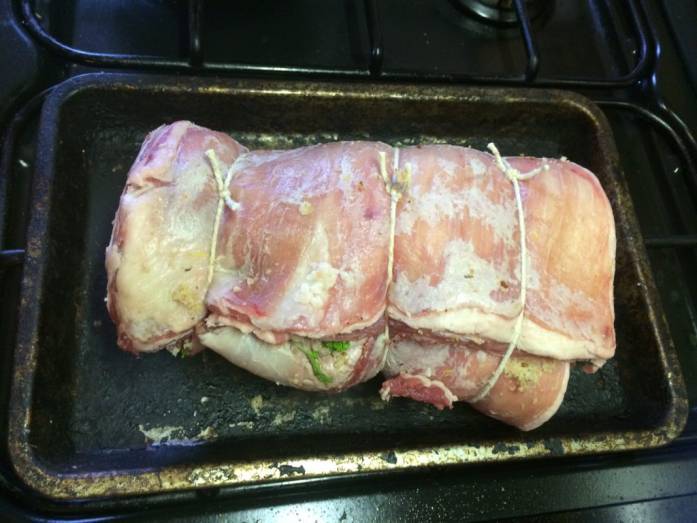 Look at that ugly mush. 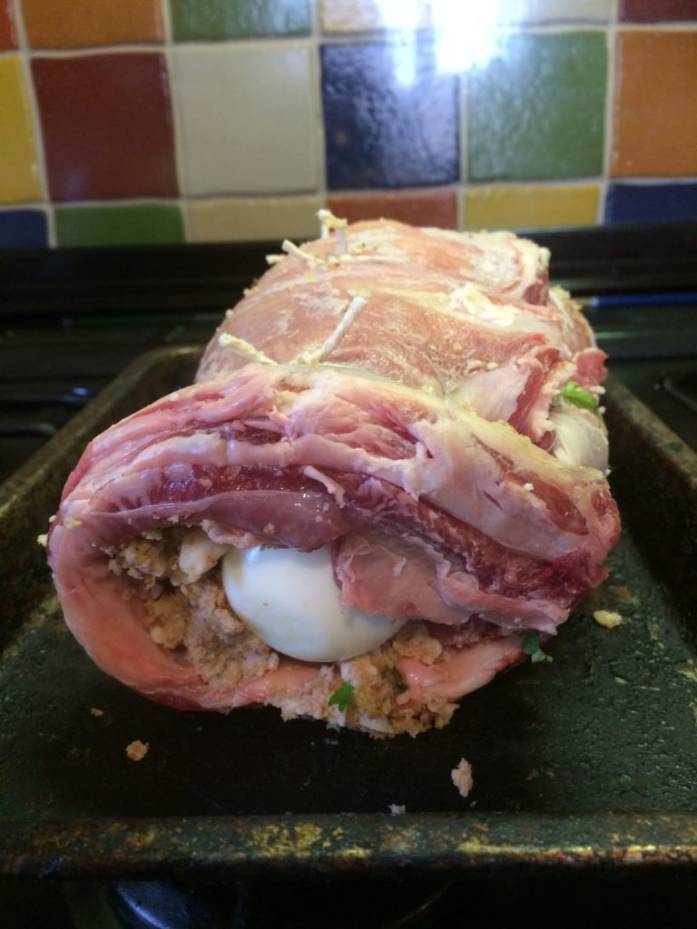 The instructions in the book say to add fat and then slow roast lamb at 35 minutes per 1lb with 35 minutes over minus 2oz per egg. For my joint this worked out at two and a half hours. Marguerite does not suggest a temperature. I added salt and pepper too. 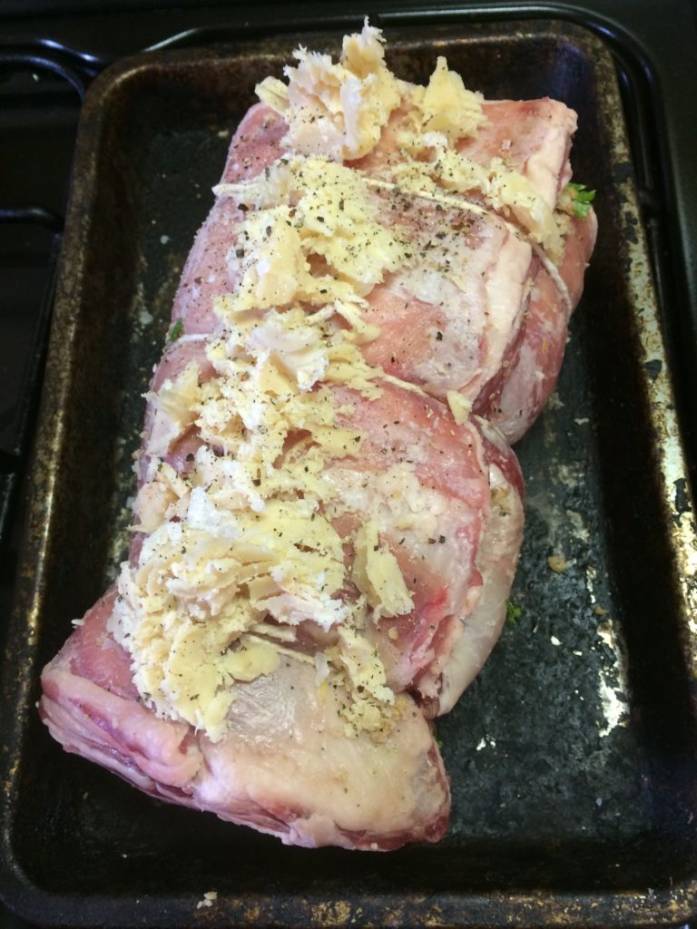 I put it on for a 200 degrees C sizzle for twenty minutes. Two eggs had already escaped! 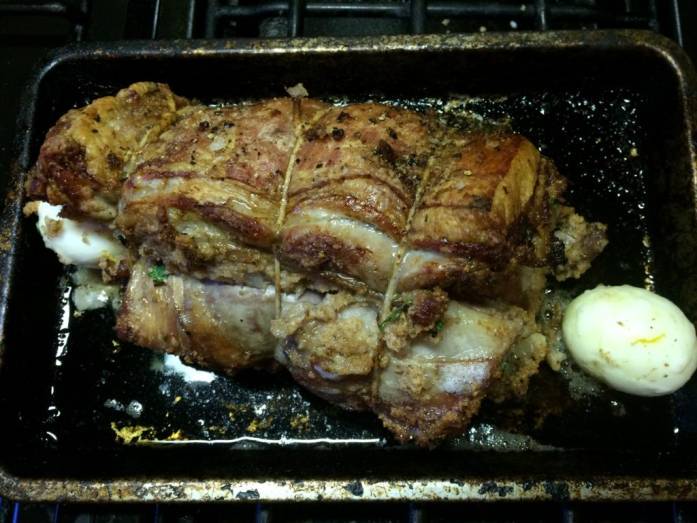 I basted it, turned it down to 160 degrees C and then basted it every twenty minutes till the end of the time. At some point, an egg exploded before the end. 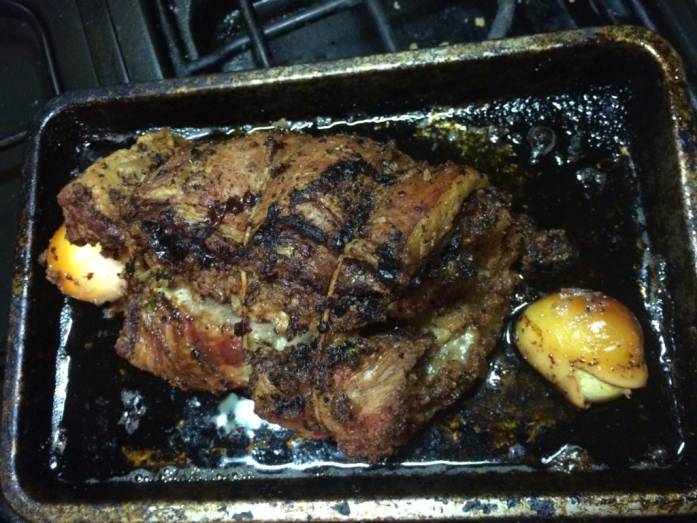 The middle egg was fine though, and I served it with soy roasted kale and carrots. I contemplated gravy but I’ve never eaten eggs with gravy. 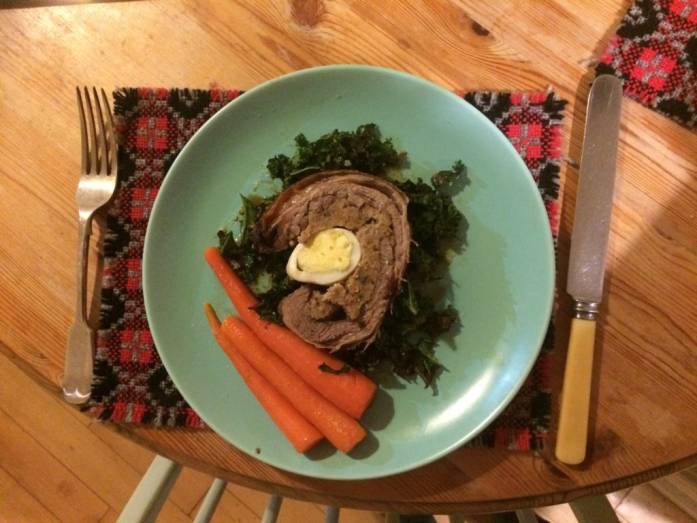 It tasted pretty good. All in all, I think two eggs would have been more likely to stay in though. I suggested to Mister Deadpan that it didn’t really need the eggs at all but he was indignant – apparently they “definitely add something”. Let me know if you try it!